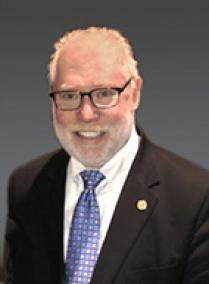 Bruce is committed to giving Ohioans a voice in their government’s regulatory and legislative processes for regulation of essential utility services, among the powerful corporate interests and undue influence of public utilities. He seeks affordable rates and reliable utility services for millions of Ohio consumers. His consumer protection priorities include: reforming the process for selecting PUCO commissioners to provide balance and more transparency for consumers; improving justice for consumers at the PUCO, such as giving consumers refunds when the Supreme Court overturns a PUCO rate order; repealing the ratemaking in Ohio’s 2008 energy law that favors electric utilities over consumers; enabling competitive markets, instead of monopolies and subsidies, where competition can be effective for providing consumers with lower prices and greater innovation; protecting at-risk Ohioans regarding their utility services; and increasing consumer protections regarding services from energy marketers.

Prior to joining the Agency for a second time in October 2004, Bruce was in private law practice where he served as legal counsel for clients in cases involving utility rates, service quality, industry restructuring and competition. He received his bachelor’s degree in business administration from the University of Cincinnati. He earned his law degree from The Ohio State University College of Law. He began his service to the Agency and consumers as a legal intern. He served as the Chair of the Public Utilities Law Committee of the Ohio State Bar Association for two years beginning in June 2010. 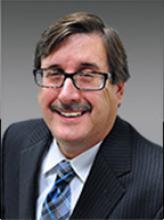 ​Mike Haugh serves Ohioans as the Director of the Analytical Department. Mike joined the OCC in June 2014 as the Assistant Director of the Analytical Department. He previously worked for OCC from 2004-2007 as a Regulatory Analyst. He provides leadership, analysis and advocacy for consumers concerning markets and competitive services. His work includes expert testimony at the PUCO, participation in cases at FERC and advice on legislation. Mike was an Energy Trader at Enron and AEP Energy, a Regulatory Analyst at Integrys Energy Services, and the Regulatory Affairs Manager at Just Energy. Mike earned his bachelor’s degree from The Ohio State University’s Max M. Fisher College of Business.

Susan Loe serves Ohioans as the Director of the Operations Department. OCC’s Operations Department manages human resources, information technology, and budget and fiscal matters. Susan joined the Agency in September 2021. Prior to joining OCC, Susan held positions in HR/Fiscal Management at the State Medical Board and the Ohio Ethics Commission.  She also previously held Chief of Staff and administrative positions in private sector law firms for more than a decade.  Susan earned a Bachelor of Science degree from Franklin University, with a dual major in Business Management and Human Resources Management.  Susan also received her Ohio Certified Public Manager (OCPM) certification from Ohio State’s John Glenn College of Public Affairs and is a graduate of the Ohio Fiscal Academy and the Office of Collective Bargaining Academy.

Merrilee joined the OCC as a Public Affairs Liaison in March 2019. She was named Public Affairs Manager in December 2022 overseeing the Public Affairs Department to support OCC’s efforts in communications, outreach and education, and legislative services. She earned a Master of Science Degree in Mass Communications/Public Relations from Murray State University in 2022 and a Bachelor of Arts in Mass Communications/Journalism from Wright State University in 1995. In addition, she has more than 20 years’ experience in editorial publishing, business operations with multiple daily and weekly newspapers, as well as health care public relations throughout the Miami Valley. Merrilee is skilled in working directly with public officials, governmental entities and a diverse general public.