Board Composition and Responsibilities

By law, the bipartisan board is made up of nine members, three each representing residential consumers, organized labor, and family farmers. These board members are appointed by the Ohio Attorney General for a term of three years. They are confirmed by the Ohio Senate.

The board conducts regular public meetings in Columbus, usually at OCC's office in the Capitol Square building at 65 East State Street, Suite 700. Meetings are conducted under the Open Meeting Law.

If you would like to write to any of the OCC Governing Board members, you may send correspondence to the Ohio Consumers' Counsel, 65 East State Street, Suite 700, Columbus, Ohio 43215-4213, or e-mail your correspondence to: occ@occ.ohio.gov.

Michael Watkins has served as a member of the Fraternal Order of Police (“FOP”), Lima Lodge No. 21 since 1976 when he began his career as a police officer in Lima, Ohio. He retired as an active law enforcement officer in 1999. He served six terms as president of FOP Lima Lodge No. 21 and currently serves as the recording secretary. Since 2003 he has been employed by the FOP, Ohio Labor Council Inc. in Columbus, Ohio as an Administrative Assistant. Mr. Watkins was trustee of the FOP’s 6th district from 1993-to 1995 and has served in that position again since 2007.

Cheryl Grossman is the Executive Director of the Ohio Board of Embalmers and Funeral Directors. She is a former State Representative (23rd House District) and Mayor of Grove City. She was a member of the General Assembly from 2009-to 2017, where she served as Assistant Minority Whip, Assistant Majority Whip and Majority Whip. She has received more than 30 legislator awards, including the 2016 National Autism Speaks Legislator of the Year. Ms. Grossman chaired the Transportation Sub-Committee, Gas Tax Task Force and the Ohio Housing Study Committee, as well as served on several additional committees. She is a founding member of the Grove City Rotary Club and serves on the YMCA Metropolitan Board, the BIA Foundation Board, Ohio Access to Justice Board and the Overwatch Partnership Board. She is a lifelong resident of Grove City.

Randy Brown is a fifth-generation farmer in Wyandot County. Brown and his son grow corn and soybeans, and are also contract pig growers. Brown presently serves on the Wyandot Popcorn Museum Board and the United States Pork Center of Excellence Board.  In the past, Brown has served on the Ohio Pork Council Board, Wyandot County Farm Bureau Board, Ridgedale School Board, and the National  Pork Board. 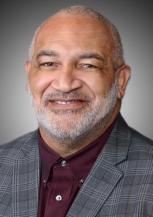 David Fleetwood has served as the Business Manager and Secretary-Treasurer of the Laborers’ International Union of North America (Local 500) since 2013. Mr. Fleetwood is the Chair of the Toledo-Lucas County Port Authority Board. He formerly was a member of the Lucas County Workforce Development Board. He also serves as an Associate Pastor of the Body of Christ Church in Toledo. 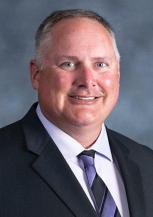 Dorsey Hager has an extensive family background in organized labor. Both his mother and father were union members.  His career began in 1994 as an apprentice with the International Association of Heat and Frost Insulators Local 50. There, he served in the elected positions of Financial Secretary and then Business Manager. In 2014, he was elected to his current position of Executive Secretary-Treasurer of the Columbus/Central Ohio Building & Construction Trades Council. Mr. Hager resides in Marysville.

Kelly Moore is the corporate Vice President of GKM Auto Parts, Inc., an independent jobber of NAPA Auto Parts. A member of the National Federation of lndependent Business/ Ohio, Mrs. Moore serves as a member of the group’s Ohio Leadership Council. She serves on various committees, including the Workers Compensation committee and the legislative committee. She is the former Chair and Vice-Chair of the Zanesville NFIB Area Action Council. In addition, Mrs. Moore is the Chairperson of the NFIB/OH PAC.

Jan Shannon is the Executive Director of the Pickaway County Community Foundation, an organization led by a board of community leaders dedicated to strengthening the community through charitable giving. She is a farm owner and advocate for agriculture. Ms. Shannon serves as President of the Pickaway County Farm Bureau and assists in educating youth across Ohio about the importance of agriculture. In addition to those roles, Ms. Shannon also serves as Vice-Chair on the Pickaway County Chamber of Commerce Board and secretary of the Muhlenberg Board of Zoning Appeals. She is a graduate of the AgriPower VIII program with the Ohio Farm Bureau. She enjoys volunteering her time for a number of non-profits and promoting philanthropy.

Josh Yoder is a fifth-generation farmer and operates his own retail business selling seed and crop inputs to local farmers. For the past six years, Mr. Yoder has served on the board of the Ohio Corn and Wheat Growers Association. Mr. Yoder is a member of his township’s zoning commission and is an adjunct professor for Rosedale Bible College teaching microeconomics. Mr. Yoder is a member of the Environmental Defense Fund (EDF) Growers Council. The Council advises the EDF on farming issues and advocates for incentives to improve water quality and conservation efforts. Mr. Yoder has a Bachelor of Science in Agribusiness and Applied Economics from The Ohio State University, a Masters of Science in Agricultural Economics, and a Masters of Business Administration from The Ohio State University.